October 18th, 2022. Here is the Working Letter in progress reaching out to other creative artists, techs, and business associates. Please feel free to contact me at asartstudio@gmail.com

I am reaching out to the creative artists and performers to collaborate and create a unique stage production. Phila Omni, or Dear All, will be a multi genre – primitive, folk, rock, jazz, choral, orchestral, East Indian, African; Music, Dance, Theatrical and Visual Art performance piece. An eclectic, through-composed, large scale production representing selections of the “history” of Human Culture focusing upon the beautiful, positive, philosophical, theological, and natural elements, and occurrences of our existence. Our Being through Time.

The key to the success of this project will be in establishing a cooperative group of co-creators. In this regard I am reaching out to Dance Choreographers, Choral/Music Directors, Theater Directors, Visual Artists and Composers. I myself am a composer/performer and will be the overall Managing Director and Producer, the guide of the concept. I will also act as the Impresario, in that I will need to create a source of funding, as there is no funding available going into the project. Recompense will come via the funding and via ticket sales. There is no guaranteed up front pay.

I am also reaching out to singers, instrumentalists, dancers, actors, a sound engineer, stage manager and business partner. My hope is that those involved in the creative aspects, will also be performers.

The plan for this production is quite large in scope, but actually fairly simple in outline and intention. There will need to be a number of performers. The production, though through composed, will be broken into sections, and each creator/performer will be involved in those unique sections. These could be either individual sections, or multiple sections so that time involvement, particularly regarding rehearsals is minimized, and optimized. The key to this approach is that general rehearsal schedules need to be strict, and that the final rehearsals, which hopefully will be kept to a minimum, when every part comes together, are mandatory.

This will be a fairly large ensemble working as a Nomadic Company. My plan is to perform eight to ten performances in two to three venues over a three weekend period, in the Bay Area in halls that seat up to 100 people. And since this will be geared towards being a high quality art production, ticket prices will reflect that.

An Outline in an initial Draft form:

Acoustic Bass Guitar – lightly amplified – me. I will also add some percussion; autoharp; harmonium; and vocals

Keyboards – lightly amplified. Player able to play classical music via score, sounds include medieval organ; piano; synthesized, possibly samples. The hope is that some halls will have Baby Grand, or Grand Pianos, as there will be classical pieces

Chorus – either a quartet, or an octet SATB, classical voices

If there is a need to amplify the voices, then only the voices will run through a PA. All other instruments will either remain unamplified, or slightly amplified with amplification set where the performer is located on stage. All of the mix and balance must match the quietist of unamplified instruments. Low volume and balance are crucial. The voices must not sound like they are unnatural. We will need a sound person with good equipment for this. There might be a chance that some pre-recorded sound scapes will run through the PA, or keyboard sampler. If mics are used, the singers must know how to use these, and rehearse with these so as a professional quality is achieved.

Here is sample from the beginning rough outline of the production to give you an idea. It is in the early phase and can, and will, change as we work on creating it. I have six songs that will act as transitions between each “scene” or period of time. These songs will be of a contemporary moment and nature, and each Scene performed will be more musically historical, or suggestively representational.

Transition 1- Intro: “I” this is a composition about the self, and about the experience of hearing silence and sound. I plan on starting with the idea of the self, as by the end of the performance the pieces will be about All. This will be performed by solo acoustic bass guitar, lead voice and chorus.

Percussion joins in and is made up of wood and stones.

Scene 1: Percussion of wood and stones, adding voices, a choral piece to be composed, or perhaps a selection of a previous choral composition. Think Ligeti’s “Aux Eterna”. Dance, a primitive dance with the idea of the figures in ancient cave drawings.

The voices move into

Transition 2 – “Long Before Long Ago”, a rockish piece singing of ancient times, and cave painters that might fly

Scene 3: Indian Raga – the first of three sections of the Raga, the slow section. Dance accompaniment. The idea here is to continue to be an early historical period. (Perhaps the Raga will appear in two other sections mixed in with the production, the idea being that the Indian music will parallel the other styles, as the productions unfolds.)

A spoken text from this period of time.

Transition 3: “Elegance” a song saying that true elegance is not based upon wealth, or pomp or stateliness, but upon the realization of living as life is meant to be lived. This will be another piece lead by the acoustic bass guitar and will have a lead vocalist, chorus and the addition of other instruments from the ensemble. This ensemble will continue and add more performers as the production develops and perform the other transitions.

The above is the initial beginning and well into the production, to give a sense of how it is meant to develop.

I have met with and discussed already the composition of piece by a choral director, composer, classical pianist. He will be working on a piece that is a dialogue between an Eastern Orthodox theologian, and a Philosopher. A sung dialectic that will appear later in the production, and is slated to be three to six minutes in length. I think he will compose it in the style of a 19th or early 20th choral composition.

So, yes, this is a very eclectic production drawing upon and from many styles, many genres. It is taking a bit of a Progressive Rock ideal of being Pan Style, and broadening that, as well as actually separating the components at time so as to create variety, but also represent the what actually happened with music and the experiences of the psyche, It is meant to reflect Life. When appropriate themes can be created, segues developed so as to create a flow. And there will be moments of silence to create rests. A production of variety, and vignettes, perhaps a collage of sorts. And with any good variety show, my hope is to include humour. Perhaps some stage antics.

So this is the a beginning point. Please let me know if you are interested in this. And please feel free to share with others whom you might think would want to be involved. I am of course available to talk with for more detail. My goal is to hold the first production meeting by middle to late October, with performances in June of 2023.

Funding. I will begin setting up a Go Fund Me Campaign, as well as creating a Patreon Account. This will mean some type of interaction with donors as the production develops. And these people will also get complimentary tickets with a minimum donation. Any help with this would be fantastic, and beneficial to all. I also will seek grants.

And finally. This production should, or hopefully will, be filmed, and then edited, with the goal of having a product to make available and to sell.

During the run and on any pertinent website, all artists will be able to publicize, promote and present their existing works or services, for sale appropriately.

Regarding the concerts I am planning for next year. I am in the very early phase, the very beginning of it. You are the second person I spoke to about this, and did so since I was in Berkeley and wanted to take advantage of being there to look for Indian Style Musicians. I have the concept well in mind and today I am starting all of the planning and logistics. I will be writing up proposals and plans for funding. I hope to make this a rather large scale production. I will be looking for a Music Director, Choreographer, possibly a Theatrical Director (if the production goes far in a theater aspect) as well as choral singers, solo vocalists, a variety of musicians and a sound engineer, though I am hoping to utilize as little amplification as possible. My hope is that we will be able to do about eight to ten performances at four or more venues in Sacramento, Sonoma County, the East Bay, San Francisco, and possibly somewhere on the Peninsula. And I hope to record a couple of the performances for an album.

In very brief, more details to follow, the idea behind the performance is to present a history of culture and music, dance and theater. A large topic, but very focused and guided. The production will be a through-composed work using variety and vignettes, complete in themselves, and blended via themes to run about  90 minutes. I have five or six songs that will be pivot points, played in a particular style, but will lend themselves lyrically to each section in order to move into “historic” moments: Primitive, Medieval, 19th Century, Modern, Jazz, Classical, and Contemporary. Yes, eclectic for sure.

Initially I wanted to have one section that was devoted and focused upon Indian music. But having talked with you, and hearing your material I am very interested in having more works included in this style. It can be a developmental approach, from an ancient style and feel to more contemporary, or it can be a Raga that develops through out the entire production, interspersed with the other pieces, and hopefully then merges with pieces at the end. Basically an every other moment type of approach, roughly. All arranged so as not to be forced, or disrupting to the material, or confusing in any way. This to all be worked out.

Let me know what you think of this idea. I would like to meet with you and see if you are interested in developing this – My goal is to take a collaborative, approach, working with a core group of creators who contribute their ideas, and material, then broaden it out to the performers, venues and audience. I plan also on utilizing Patreon and Go Fund Me, which means communicating with donors on and during the process and giving them regular updates on the creation of the piece – and they get free tickets. I have no funds going into this, so income would come from donors and ticket sales. 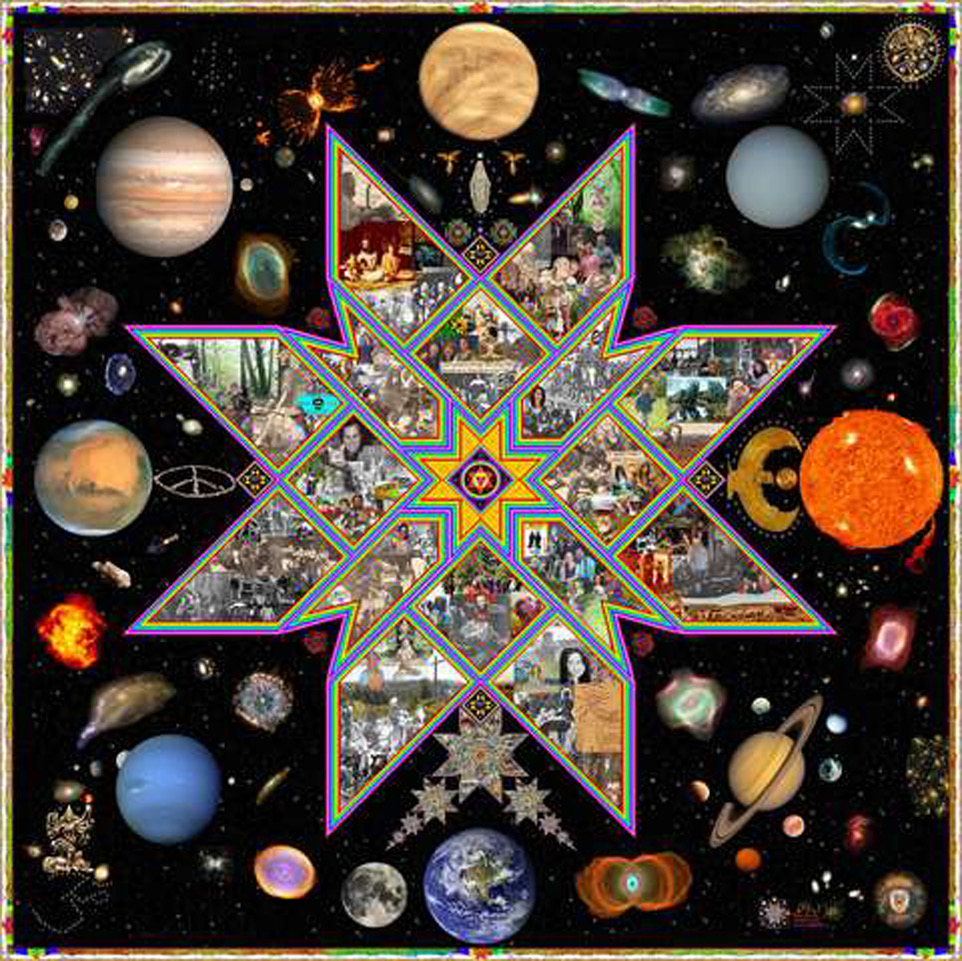